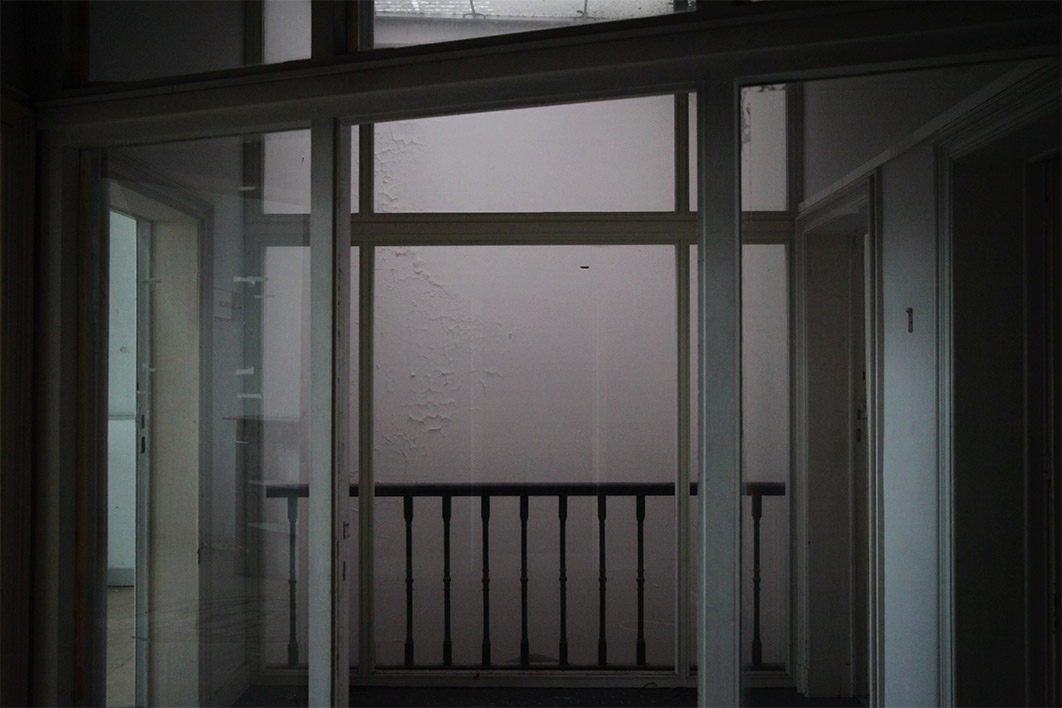 Fragment of the audio track

When her daughter came to visit her right after she moved, she was tidying up the pictures of her marriage. Trying to loosen up the atmosphere her daughter started to question her about her first love affairs.


Her daughter did not understand why her mother blushed, why she stared back and forth to her and to the picture of her deceased husband. During the conversation that followed, E often hesitated. It seemed as if she avoided certain subjects.


Listening to her one could have the impression of zapping programmes on the television.


The television was continuously turned on.