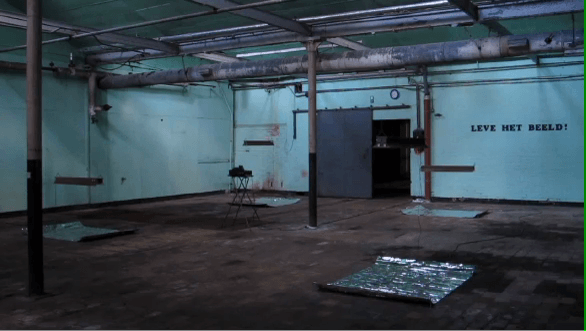 The installation LONG LIVE THE IMAGE! was presented at the group exhibition De Lading as a part of a body of works entitled Il était l’image vivante. Underlying concepts are the pictorial connotations of life, the idea of an archeology of cinema and the historicity and historiality of the moving image. These resonate with our experience of film and images and speak of the place of images in our media societies. The notion of living of both film and photography reaches further than merely denoting something apparently alive. LONG LIVE THE IMAGE! takes its share in attempting to evoke the play of these concepts.

LONG LIVE THE IMAGE! was shown at De Lading in Wetteren during September and October 2011. Video recording of the installation space.